Brick by Brick was realized during the Cologne Art Fair, which takes place every year at the Cologne Fair and Exposition grounds.

For the artwork, I excavated the fair building’s history during the Second World War.  During the war, the site was used as a warehouse and auction depot for furniture confiscated from local Jewish and other families.

During Art Cologne 1995, images of furniture and other household items commonly found in middle class German-Jewish and other households during the 1930’s and early 40’s were slide projected onto the 9 brick columns leading up to the main entrance of the fair building and Art Cologne . The images were aesthetically treated and masked  so as to appear as if they were buried deep within the building.  Many of these same items can still be found in German households today as “antiques.”

Brick by Brick was supported by the Cologne Kunstverein and the European Union’s Kaleidescope program in Brussels. 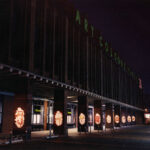 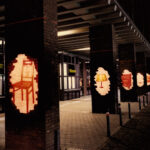 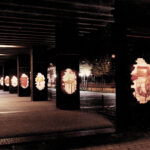 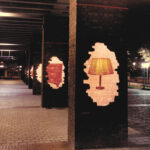 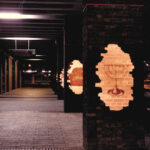 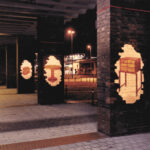 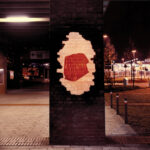 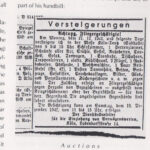 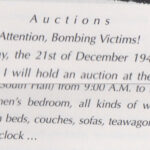