The History of Another

For The History of Another, I created a series of on-location slide projection Installations in Rome, Italy, in-order-to-be-photographed. Using ancient Rome as a backdrop and foil for the grand history of the West, I projected these individuals –of unknown identity to the viewer- onto these sites in order to raise questions about who is inside and outside of this history. As the individuals projected are of Roman Jewish background and were photographed at the turn of the 20th century -in many cases near the projection sites- one inevitable reading of the project is as the telling of the history and intersection of these two ancient cultures.  Yet my intention was to also raise broader questions about "otherness" within the history of the West more generally.  The project also explored the ways in which the city aestheticizes and packages its historical sites for public consumption.  Ultimately, I wanted to create beautiful, ghostly, and evocative Installations and photographs that invite reflections and meditations on history, and which allow viewers to make up their own story and meaning from each Installation. 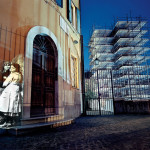 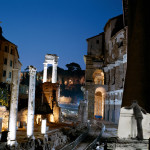 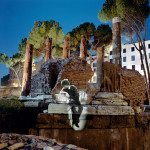 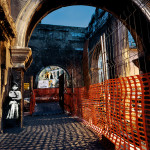 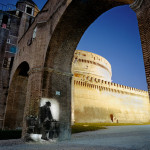 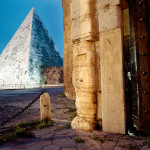 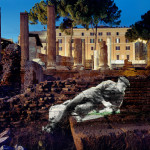 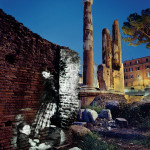 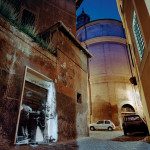 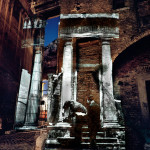 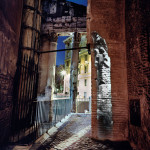 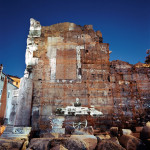 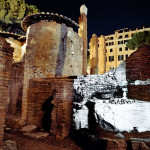 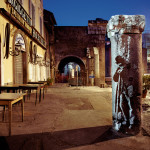