Currents 113: Lost in Space (After Huck)

For Lost in Space (After Huck), I drew inspiration both from Saint Louis’ location on the Mississippi River as well as its proximity to Ferguson, Missouri.  I created an immersive multimedia environment that echoes one of the river’s most iconic stories: the journey of Huckleberry Finn and Jim, a runaway slave, down the Mississippi on a raft as told in Mark Twain’s 1884 novel, The Adventures of Huckleberry Finn.  In part, this literary work can be seen as an allegory on 19th century American race relations.

In the center of the room, a floating sculpture of a raft –cast in resin- sits surrounded by projections of clusters of light, giving the impression that the raft is floating in a celestial space.  Objects on the raft include a corn-cob pipe, knife, bindle bag, and three sticks secured at the top, and evoke a bygone era.  Yet a more contemporary police light, glowing red, is also placed on the raft.

The nighttime “stars” in the surrounding video projections are actually animated still images taken by NASA satellites at nighttime of American cities and towns down below.  Instead of looking up at the nighttime sky, in fact, we are looking down at earth from space. The larger cities and towns appear very bright, metaphorically punning with these communities being “on fire” dealing with issues of police, race and community relations today.

Overlapping real and imaginary worlds, and conflating past and present, my intention was to create a symbolic space where meanings from the past can be examined alongside important socio-political issues of the present. 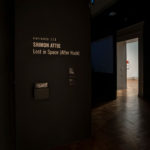 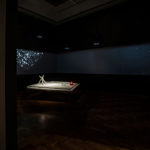 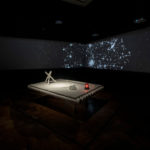 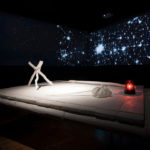 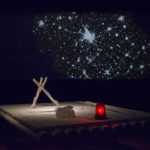 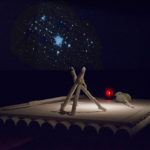 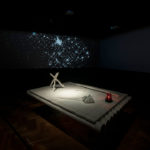 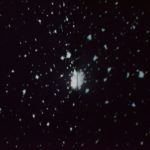 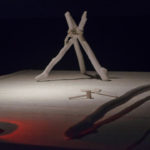 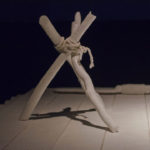 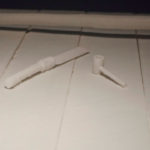 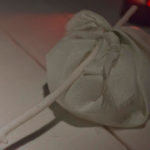 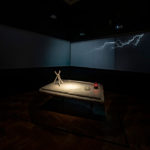