In Racing Clocks Run Slow: Archaeology of a Racetrack, 2007, I filmed 70 individuals whose lives intersected at the former Bridgehampton, LI Auto Race Track – racecar drivers, spectators, flaggers, pit crew, paparazzi, track officials, etc. – to create a kind of de-contextualized ballet loosely based on the law of physics for which time slows down for very fast moving objects.  I asked each person to take a pose that distilled their role at the former track (which was closed in 1994), and then lit and filmed each participant as they held this static pose while standing on an unseen moving stage set in a black void.   No actors, digital effects or still images were used for the piece. Subjects were filmed with their racing possessions and ruins from the former track, and parts of the sound design were based on actual audio recordings made at the track. 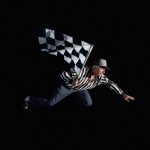 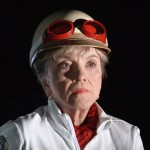 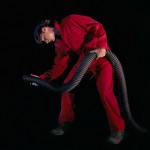 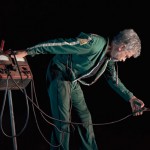 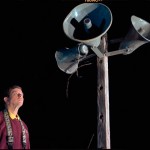 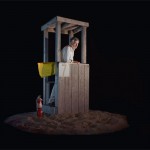 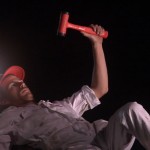