In 2011, following a major international competition, I was awarded a commission to create a permanent Memorial for San Francisco Police Officers who have fallen in the line of duty. Spiral of Gratitude involves suspending a large glass cylinder –ca 17’ tall X 10’ dia- from an oculus and skylight framing the sky above. The cylinder is inscribed with written expressions of gratitude and loss, gathered from surviving family members and crafted into a seamless, evocative poem. The piece is also framed by bas relief text inscribed in the rear wall. My aim was to create an ethereal play of language, light, glass, and sky, one that is both visually arresting and that invites contemplation. The Memorial is sited in the new SFPD headquarters, designed by HOK and MCA Architects. Both the Memorial and new police headquarters building are set to open to the public in early 2015. 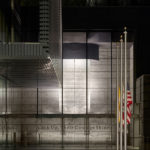 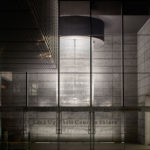 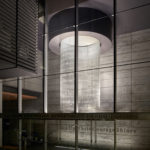 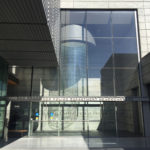 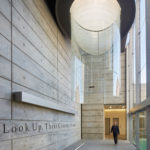 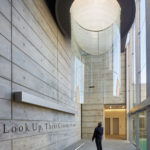 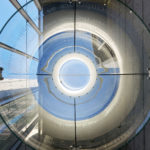 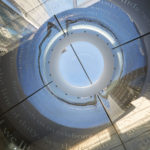 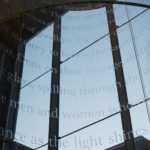 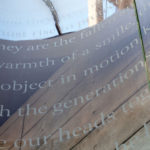 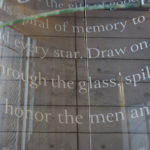 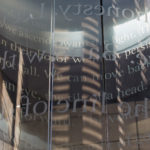 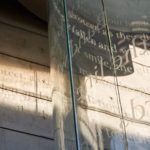 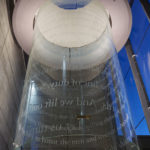